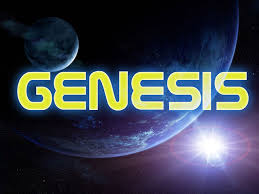 This is the story of two brothers who had no contact with one another for 20 years. Their common history is one of lying, cheating and abusing. Jacob took Esau’s birth-right deceitfully. He cheated  Esau out of their father’s blessing and then he fled from  his brother to his uncle Laban, some 800 kilometres away. With so much bad history between them, can such brothers ever be reconciled?  Well, it’s time to face the music.

Going back home was always a part of Jacob’s desire (28:20,21).  Living for 20 years under the regime of his manipulative uncle Laban in Ch. 31 provides the impulse for the return home.

From ch.32 we learn that Jacob had dreaded the thought of meeting his tough hunter brother, Esau (32:7). True to himself, he schemed and planned in his own strength and according to his own wisdom. Then, in the last section of Chapter 32: 22-32, the LORD met him in a wonderful way. This encounter is described in terms of a wrestling match, in which God (in the form of a man) allowed Jacob to wrestle him to the point of Jacob’s exhaustion, disabling  Jacob in the process. When Jacob realised that he had been wrestling with God, it turned out to be a life changing event for him. He had seen God face to face, and yet his life had been delivered (32:30).  All dangers and all fears of the future become an anti-climax after we have encountered the LORD, the One we must really fear.

"Esau was coming and 400 men with him.”  In his preparation for the meeting he had divided his family in two groups. First the female servants, Bilhah and Zilpah and their children, and then Leah and Rachel and their children in the second group, behind.  Joseph in particular needs to be protected. He will be the key to the preservation of God’s covenant family in the future, as recorded at the end of Genesis.   Now, Jacob’s careful planning here is not necessarily  reflective of a lack of faith.
The Puritan military leader, Oliver Cromwell (1599-1658), a God fearing man during the English civil war, used the dictum, “pray and keep your gunpowder dry.”  We may use legitimate precautions for our safety.  It is no good to pray, ‘Lord keep me healthy’ and then neglect the proper care of your body. It is no good to pray, ’Lord keep us safe on the road’, and neglect the vehicle’s proper maintenance. It is no good to pray for financial provision, if we are not financially prudent. It is no good to pray  to get good grades in an examination, if  we haven’t studied diligently for  them.

We saw  in 32: 13 – 21 that  Jacob  prepared  for this meeting by  giving  Esau extravagant gifts, sending  them ahead  with the servants. Was he hoping to buy Esau’s favour? We are going to have to think about this for a moment.  Remember that before this meeting Jacob had been in a titanic struggle with the LORD, who had wrestled with him  and who had thoroughly humbled him (32:30). It is hard to imagine that with this great and overwhelming experience of the fearsome presence of God, that Jacob would feel the need to fear Esau.  So, what was this all about? In all likelihood Jacob  wanted to make up to his brother for the bad past.

33:3 “He himself  went on before them, bowing himself to the ground seven times  until he came near to his brother." The bowing down seven  times  was apparently a customary homage  given to kings,  according to the el-Armana  tablets, historical  clay tablets, which  relate to this period.  The expression, "at the feet of the king my lord, seven times do I fall” [1] – is apparently found   more than 50 times on these tablets.

By doing this Jacob put himself in Esau’s control. In  another sense  he was  confessing his sin to Esau.  But more so,  Jacob is also confessing his own  repentance  before  the LORD.  Although  God had promised him from the beginning that he would be the heir of the covenant (25:23), he had  used very fleshly means  (taught by his manipulative mother Rachel)  to obtain the promise.


The LORD had promised him that he would be  the heir of the covenant.  NO shortcuts were needed. That was the great lesson that Jacob needed to learn essentially.
We all need to learn that lesson.

But God had humbled Jacob, and now  he could humble himself before his estranged brother. There was no sense of self exaltation here. “I am in your hands- do as you will”. This was a different Jacob. He was a humbled Jacob. God opposes the proud, but gives grace to the humble (James 4:6- Prov. 3:34)
Jacob’s humbling encounter with God prepared him for his encounter with his estranged brother Esau. His humility  won the day.

33:4 “But Esau ran to meet him and embraced him and  fell on his neck and kissed him, and they wept.”  What a positive statement. What a meeting! And so Jacob’s nightmare and worst case scenario never came true. Haven’t we met this situation so very often in our lives? We feared something very much... and after committing ourselves to God in prayer, nothing  of what we feared came true. In fact, it all turned out much better than expected.

Esau saw these gifts, in fact waves of gifts arriving (32:13-15),  and he asks, “What do you mean by all this company that I met ?” (33:8). Jacob  answers, “To find favour in your eyes, my lord”. Again, this wasn’t an act  of trying  to  buy Esau off.  Jacob has passed that stage by now. No, this is an act of restoration. These gifts are the proof that he is repentant, and he desires the mercy of Esau for what he did to him.  In that sense we also understand  what  happened at  Bethel in 28:22.  God had once made wonderful promises to Jacob, and so Jacob gave a tenth of all he had to God. He was not buying favour from God. He was responding to God’s grace.  So, these  gifts to Esau were Jacob’s response to God’s grace to him.  Esau does not really need all these gifts. He has enough wealth of his own (33:9).
But Jacob insists,“ No please, if I have found favour in your  sight, then accept my present from my hand. For I have seen your face, which is like seeing the face of God, and  you have accepted me. Please accept my blessings that is brought to you because God has dealt graciously  with me …” (33:10,11).
In other words Jacob says, “They are gifts, Esau. . . please take them. I realise that they are not needed to win your love. You have shown your affection for me so sincerely, but  please- take these gifts as an expression of my love  affection for you. I am so sorry what has happened  in the past.”

Esau’s forgiveness, acceptance and embrace  was a sign to Jacob that God had forgiven him. He was ready to move on.  This is a great theme in the book of Genesis and  of the Bible.  The mark of loving God is that we love one another. Being reconciled to God means that  we strive to be reconciled to one another. In Genesis 50, we  shall find another reconciliation, namely that of Joseph and his brothers, who had treated him so very  horribly. They had once hated one another so much that they couldn’t even speak to one another. This gives us great hope. God in His grace  can bring about a reconciliation  in family relationships that we never thought would be  possible. When  God  is at  work in humbling  us,  the  vital ingredient   for reconciliation  becomes possible.

Don’t give up  the hope of reconciliation from estranged  family members. Jacob  must trust in God’s providence in this matter. That is what God requires of us as well. As Jacob had to learn to trust God, especially when going into the unknown, uncertain of what  sort of reception  he was  going to meet, we too  must go, trusting  God  in terms of working out the details.

And now comes a complicate twist in the story. Esau thinks that he will call the shots in this brotherhood from now on, and he says to Jacob, “Let us journey on our  way and I will  go ahead of you” (33:12). Esau was assuming that they  were  now on the same wavelength, with identical ambitions and plans for the future.  But here is the problem. Esau’s land, Seir  or Edom is not in the Promised Land. Jacob had no intention of going to  Seir. He had lived outside of the Promised Land for two decades, and that was enough. Seir  is away from the promise  and presence of God. Esau is not a man of faith.

So, what will Jacob do?
He declines Esau’s offer, but it is a very lame  sort of argumentation that he uses (see 33:13,14). Well we know about this, don’t we?  We  have just made peace in our family  and  now this great invitation from them comes as an invitation to abandon God’s  plan and purposes, and so  he tells  his brother  not quite the truth.

The chapter ends sadly, not with a report of Jacob finally returning to Bethel where God had told him to go, to the place where he had set up the memorial stone after seeing a vision of the staircase and hearing the voice of God and receiving his promises in Chapter 28.
We are told that he  journeyed to  Succoth and built himself a house and made booth for his livestock (33:17). It is not Seir, but it is  not Bethel. It  is on the wrong side of the Jordan river.

Then some time later Jacob crossed the Jordan and moved on again to Shechem, and there he settled. He bought land there (33:18-19).   How sad. We shall see that  this would become a place of compromise. It was in Canaan in the Promised Land, but it wasn't in Bethel, which was only a days journey away. So near- and yet so far!

Genesis 33 is followed by Genesis 34 and that chapter  tell us  of  the terrible cost to Jacob of not going to Bethel, but this will have  to wait for next time.

Posted by Joachim Rieck at 6:20 AM

Email ThisBlogThis!Share to TwitterShare to FacebookShare to Pinterest
Labels: Exposition of Genesis