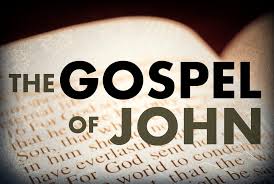 Last week (01/08/2021) we considered the crucifixion and today we remember the death and burial of our Lord Jesus in the context of this Communion Service. It is appropriate that in God’s providence we should have this text, as we remember the broken body and shed blood of our beloved King, the Lord Jesus Christ.

…”After this, Jesus, knowing that all was now finished (tetelestai) ,…” Again, John sees the King in complete command. Jesus knew what He was doing and where He was going. He had been saying this all along the way.  He knew that the time had come to do that for which He was born.  Death was now before Him. He, the sinless Lamb of God was now going to lay down His life  in substitution for  the life of sinners in this world.

John records two of Jesus’ last words, “I thirst”- and John adds: ”to fulfil the Scriptures – a reference to  Psalm 69:21. This Psalm has been quoted twice before in John’s Gospel (2:17; 15:25). Like Psalm 22:18 (cf. Jn.19:24), which was quoted earlier, this Psalm has Messianic overtones. Always remember that Jesus is David’s greater son. Remember that David’s great earthly kingdom always points forward to a far greater and eternal kingdom.  John wants us to know that every part of Jesus’ suffering was connected to the OT scriptures and therefore everything that was happening here was not a random occurrence. Everything happened as it was written. Everything happened according to the Father’s will and because of the Son’s obedience to it.

At this point Jesus is severely dehydrated. He is offered cheap wine vinegar (Gr. oxos). It won’t do much for Him. He is suffering immensely. He is dying painfully. The next word from the cross is, “It is finished.” (Gr. tetelestai).  This is a mighty word, and by it we now know that the   work that His Father gave Him to do (cf. 17:4) is now completed. What exactly is the nature  of the work that He has finished? Jesus has offered Himself as the substitute of His sinful people, both in dealing with  the problem of our sin by removing it  completely, and by dealing with the problem of the holy God who is offended by  all sin.

Kristyn Getty in her  hymn, “ The Power of the Cross” deals with the expiatory nature  (dealing with  the problem of our sin) of Christ's substitutionary atonement:

“This, the power of the cross, Christ became sin for us, took the blame, bore the wrath, we stand forgiven at the cross.”

And Stuart Townend’s hymn,  “In Christ alone”, deals with the propitiatory nature  (dealing with the appeasing of God's wrath) of Christ's substitutionary atonement:

“Till on that cross, as Jesus died, the wrath of God was satisfied- for every sin on Him was laid ; Here in the death of Christ I live. “

In His death Christ’s work finished. The price is paid. His people are redeemed and God’s holy wrath is satisfied.

As far as His death goes, it appears that Jesus has died fairly quickly. Be assured that not just the physical sufferings, but the bearing of our sins on the cross contributed to  His death!

And now follows a fascinating insight. Having been crucified, and having died on Friday, the Jews asked that His (and the other) bodies should not be left on the cross. The normal Roman practise was to leave the crucified on the cross until they died. If there were reasons to hasten their death, they would smash the legs with an iron mallet. This prevented the victim from pushing with his legs to keep his chest cavity open- and thus asphyxia followed.[1]

The crucified actually could take a long time to die. But the law of Moses insisted that a Jew should not hang there overnight (Deut. 21:22). That is why the legs would be broken, to hasten the death. But what is even more significant was that the next day was the Sabbath – and a very important Sabbath at that – it was the Passover weekend! Do you see the plan of God?  And we read that according to the Scriptures, His   bones were not broken. That was the rule concerning the Passover lamb (Exodus 12:46). It had to be eaten whole – no bones broken.

Now remember that Jesus is God’s Passover Lamb![2]  The timing is awe inspiring. And the symbolism is absolutely wonderful. The lamb was killed on the eve of Israel’s departure from Egypt, the land of slavery. The blood of the Lamb was applied to the door lintels of every Hebrew home. That night the angel of death would pass over Egypt and take the life of every firstborn son, except those homes that were indicated by the blood of the lamb. The angel would pass over these homes. Can you see this? The blood of Jesus, our Passover lamb averts the righteous wrath of God the Father towards all those who by faith embrace His person and work for them. Jesus’ bones providentially did not need to be broken, because He was dead.

And, remember (!) that in the symbolic participation of the Lord’s supper, the Passover Lamb, we must feed on the whole Lord Jesus. We must embrace His whole person and work.

A spear thrust to into Jesus’ side confirm his death: water and blood flows.

33 But when they came to Jesus and saw that he was already dead, they did not break his legs. 34 But one of the soldiers pierced his side with a spear, and at once there came out blood and water.

Much ink has been spilled over the water and the blood. Jesus was truly dead. He did not swoon and revive later, His body having been stolen by the disciples, as some have claimed. John’s greater concern was that the Word of God was fulfilled,  and  that he was a witness to the truth of God’s Word

35 He who saw it has borne witness—his testimony is true, and he knows that he is telling the truth—that you also may believe. 36 For these things took place that the Scripture might be fulfilled: “Not one of his bones will be broken.” (Exodus 12:46) 37 And again another Scripture says, “They will look on him whom they have pierced.” (Zechariah 12:10)

Two men ask Pontius Pilate’s permission to bury the body of Jesus:  Joseph of Arimathea and Nicodemus (whom we have met in John 3).  John draws our attention to the amount of spices that Nicodemus brings for the burial - 75 pounds! Fit for a King, and He was laid in a new, rock hewn tomb.

This was far more than was required for any ordinary burial – particularly the burial of a man who was sentenced to die on a Roman cross as the worst of criminals.

But we know that there’s a King here that needs to be buried. And we know that this elaborate funeral – the spices, the very expensive grave site will be very temporary, because the resurrection is coming.

The King is greater than death.

As we remember our King in His work on the cross  in this communion service – the Lord’s supper  (which was instituted  on the  eve of  feast of  the Passover season – cf. Jn. 13:1)-  we remember that  this work has  huge implications for  us who believe.

2.    But the most fundamental and significant truth revealed in Christ's death for us is the substitutionary atonement. In His death Christ’s righteous life is substituted for my unrighteous one. When Jesus said, “It is finished”, that is what He meant.  He has finished the work the Father has given Him to do (17:4). He has laid down His life for the sheep (10:15).

3. Sinners are effectively redeemed: No one will pluck them out of His hand (John10: 28-30).“No power of hell, no scheme of man, can ever pluck me from His hand: Till He returns or calls me home, Here in the power of Christ I stand.” (Stuart Townend: In Christ alone)

Email ThisBlogThis!Share to TwitterShare to FacebookShare to Pinterest
Labels: Exposition of John's Gospel 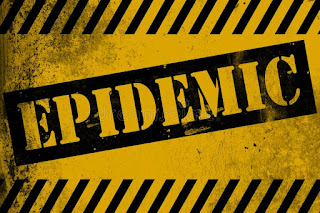